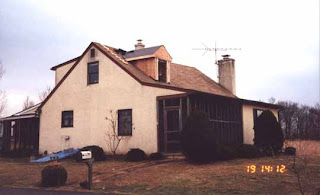 Usually, eaves. The overhanging lower edge of a roof.
I like eaves. Trouble is, the little farmhouse
I bought years ago didn't have them. To me, the house looked just plain ugly.  Step one in my home beautification effort was to add a pair of dormers.
That I left to a master carpenter.
After considerable thought and design, I decided to tackle the issue of eaves, or lack thereof. 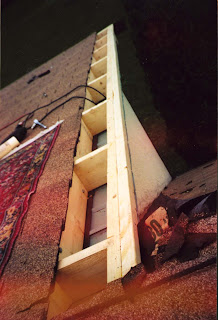 My solution was to build prefabricated eaves, hoist them into place and bolt them on. Being more of a cabinetmaker than a carpenter, I made them far stronger than normal construction methods, with glued, screwed, and dadoed joints. I wanted them straight and true, and I wanted them to remain straight and true as I hoisted up the 16 foot long sections. 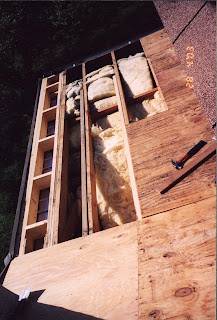 I made a simple rope hoist and raised them into position. Once in place, I used several strong bolts in each section. On most, I also replaced the roof sheathing with a piece that covered the extended roof. 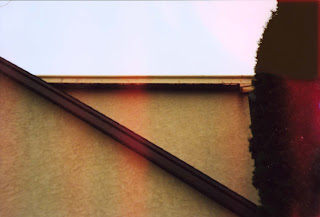 While the eaves were still on the ground, I attached the aluminum soffit and prefabricated the rest of the aluminum cap.  That minimized the amount of work that needed to be done while on a ladder.   I hate ladders. 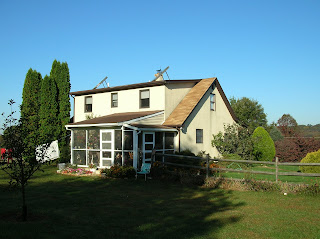 Much more attractive now!  Don't you agree?
Posted by Robert at 6:47 PM