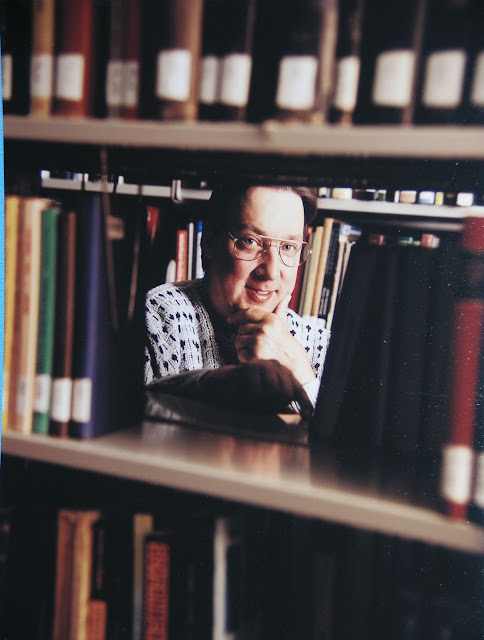 This is a photo of my beloved brother Stan when he worked in the library of Lebanon Valley College.  These were some of his happiest years, coming after the acceptance of the death of his first wife, Jane.  She died of lupus at 33.  However, that same disease that took her away is what first brought them together.  You see, Stan had a severe  autoimmune disease of his own, Ankylosing Spondelitis.  Like Jane, he contracted that at an early age, in his case, 14.  Their respective suffering helped form the close bond they had.   Stan had numerous operations beginning around 16, when the doctors attempted to straighten his increasingly twisted body by putting him in a body cast for many weeks.  Other operations followed, and he had to miss a year of school.  Over the years his hips, knees, elbows, wrists, ankles, and jaw were operated on.  In some cases, like his wrist, they simply eliminated the joint altogether and fused the bones. There simply wasn't enough left to work with.  The ragged bones destroyed the tendons controlling some of his fingers, so two fingers were linked to one tendon.  This of course meant that those fingers no longer moved independently.  Some of his toes' joints disintegrated to the point that the tendons began to pull the toes sideways, then towards his heel. In this case, amputation was the best remedy.  The disease caused Stan to develop a severe overbite.  This required surgery that still gives me the chills.  They cut his upper jaw out of his head, shortened it, and put it back.  Double hip replacements helped somewhat,  but there isn't much one can do with an arthritic spine except for fusing the worst vertebrae together.  While that may alleviate the pain and pressure on the spinal column, it takes away even more freedom of movement.  While the arthritis showed no signs of slowing down, Stan refused to slow down.  He had to accept the inability to play sports years ago, but giving up music was something he did not want to do. 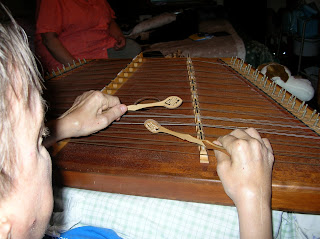 That meant finding an instrument that he could play given his limited movement.   The hammered dulcimer provided the perfect solution.  I built him his first one, and while it worked, it was not very good.  So, together we built a much more refined one, and he became quite good at it. 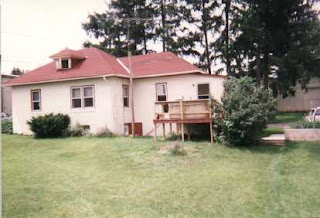 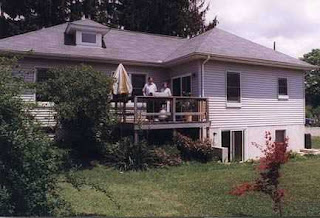 Then we rebuilt his house to make it more handicapped accessible.   The original house had a cramped bathroom with a tub that was difficult to step into. In addition, the laundry room was in the basement.  When working with the original house proved too difficult, we had the rear half of the old house completely demolished.  Then we had that replaced by a much larger wing that held a modern kitchen with laundry, and a nice master bedroom with generous closet space.  The old bedrooms were so small that we turned one into a master bath.  As a bonus, the new addition had a bright basement that was more easily accessible, for it required just a few outside steps to go down.
This gave Stan room to practice what had become his primary hobby, model railroading.
As nice as the house was, something important was missing.  Love and companionship.  A long standing friendship soon became something more, and he married his loving and supportive wife, Linda.   These were very good years. 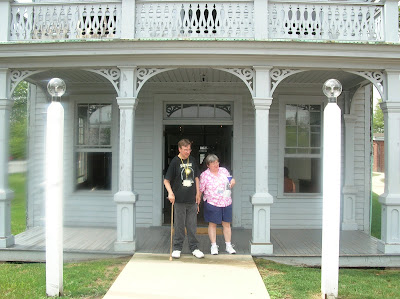 Then last year Stan became ill on a trip with me to visit fellow model railroaders. In particular Wally, for whom I designed and built the table seen in my blog.  We had no idea what was wrong, but Stan soon found out.  A stage 4 malignant brain tumor.  He was told he may have as little as 6 months to live.  That was a year ago, and he is still alive thanks to some very good care, but the disease now has the upper hand.  In a tragic irony, it is the exact same thing that killed our father in 1958. Stan was 2 and I was 6 months. 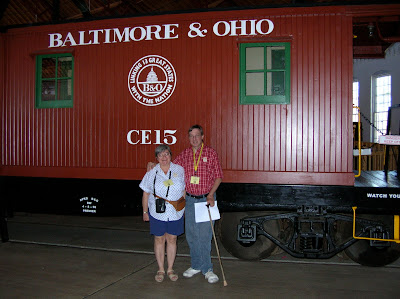 Stan did not quit.  While he was forced to give up driving, and soon after his job, he continued to build model railroad cars with meticulous detail.  Some of them won prizes in regional competitions. Some pictures of Stan and his cars are below. 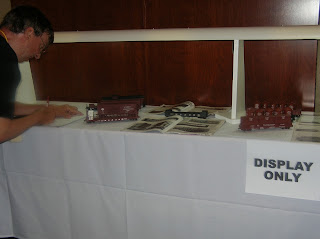 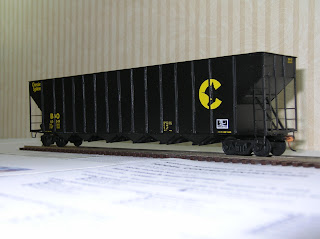 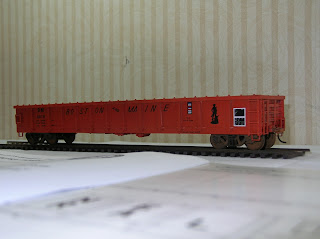 Stan lived to see my birthday, which was Oct 23. We had a great time together.  It is his goal to see Christmas.  Let's pray that he makes it! 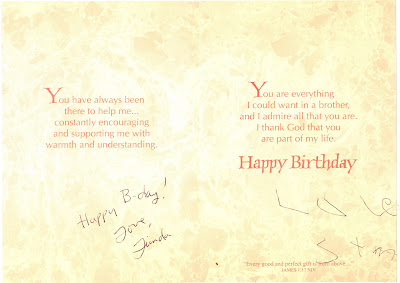