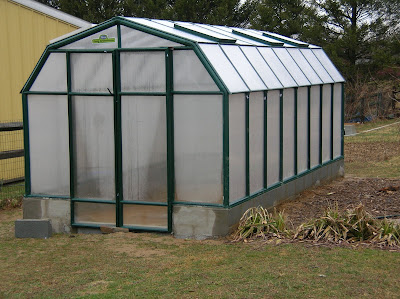 The Rion greenhouse is a fun to assemble kit. The whole thing is made from extruded PVC shapes and double wall polycarbonate panels. It is available as small as 8 x 8 feet, and can be lengthened in 4 foot increments. We chose to make a 16 foot long version. A nice feature is the automatic vents that use an actuator that requires no power. A fluid inside a cylinder expands to drive a piston which opens the window. What is not provided is a foundation. That is left up to the builder. Most use a frame of landscape timbers, which is OK. However, I wanted a more durable foundation, and I wanted more headroom inside. One drawback of this greenhouse is a door which is only 5 foot 4 inches, and just barely 6 feet inside. I'm 5 foot 10 inches and did not want to duck to get through the door. 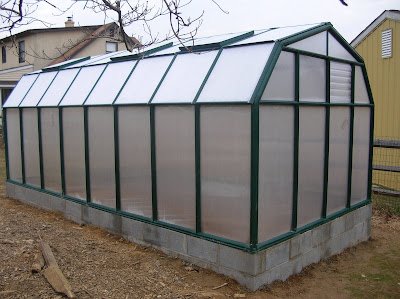 Another problem is that my building site was not level. I solved these issues by building a concrete block wall to raise the greenhouse up 12 inches. This required me to make the doors taller. I accomplished this by ordering extra parts from which I made the additional lower sections in the doors.
The threshold had to be modified too, as it originally went straight across the bottom. I cut the threshold parts and ran them down the sides of the wall instead. Then I poured a concrete threshold, which also supports the hinges. 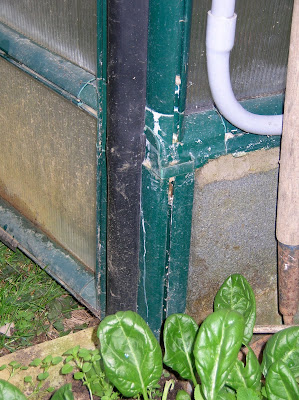 Then I had another idea. Why not fill the hollow wall extrusions with concrete? Then also add a little rebar inside as well. I left about a foot of rebar sticking out, which I then cemented inside the hollow spaces in the block. This added a couple hundred pounds to the lightweight greenhouse structure and really stiffened things up. We live in a high wind area and I did not want my greenhouse to blow away! 2 years and many storms later, it has proven to be surprisingly solid. The concrete/rebar idea was also useful for attaching the modified threshold parts to each other, and to the foundation.
The unheated greenhouse also performs surprisingly well! This is a picture of lettuce and spinach thriving inside, in early November. 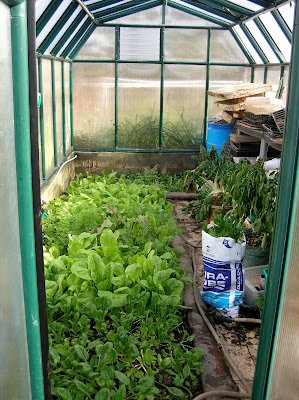 We are still learning how to best run a greenhouse, studying books like "Four Season Harvest" by Eliot Coleman. He does remarkable things with an unheated greenhouse in Maine, so we should be at least able to duplicate his results in milder Pennsylvania. 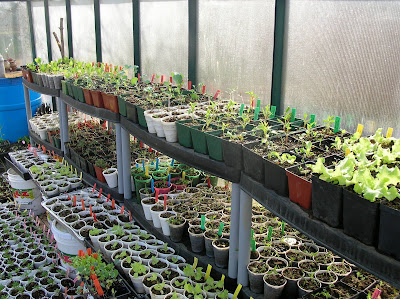 Update:  Karen, of Karen's Krafty Kottage has had a very bad experience with her Rion sunroom.  See her story here. 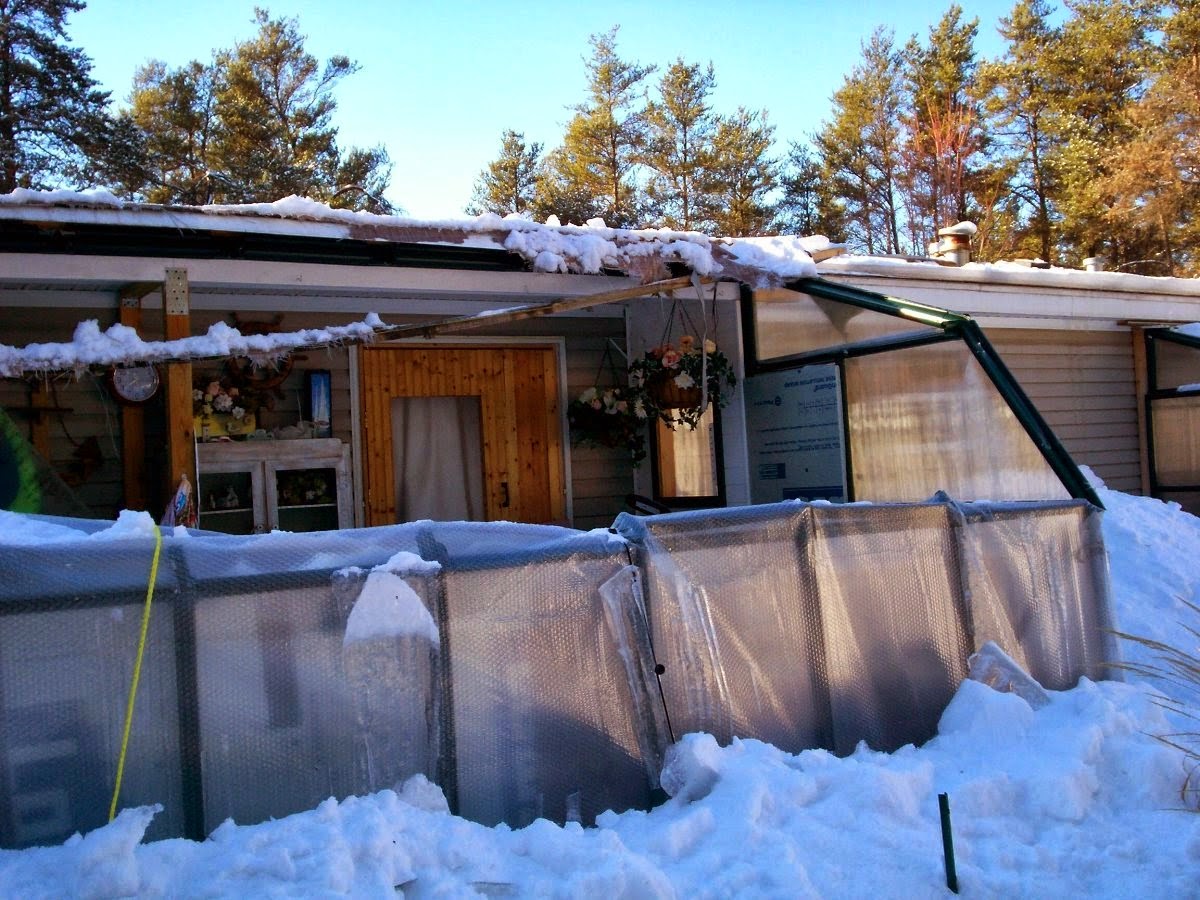 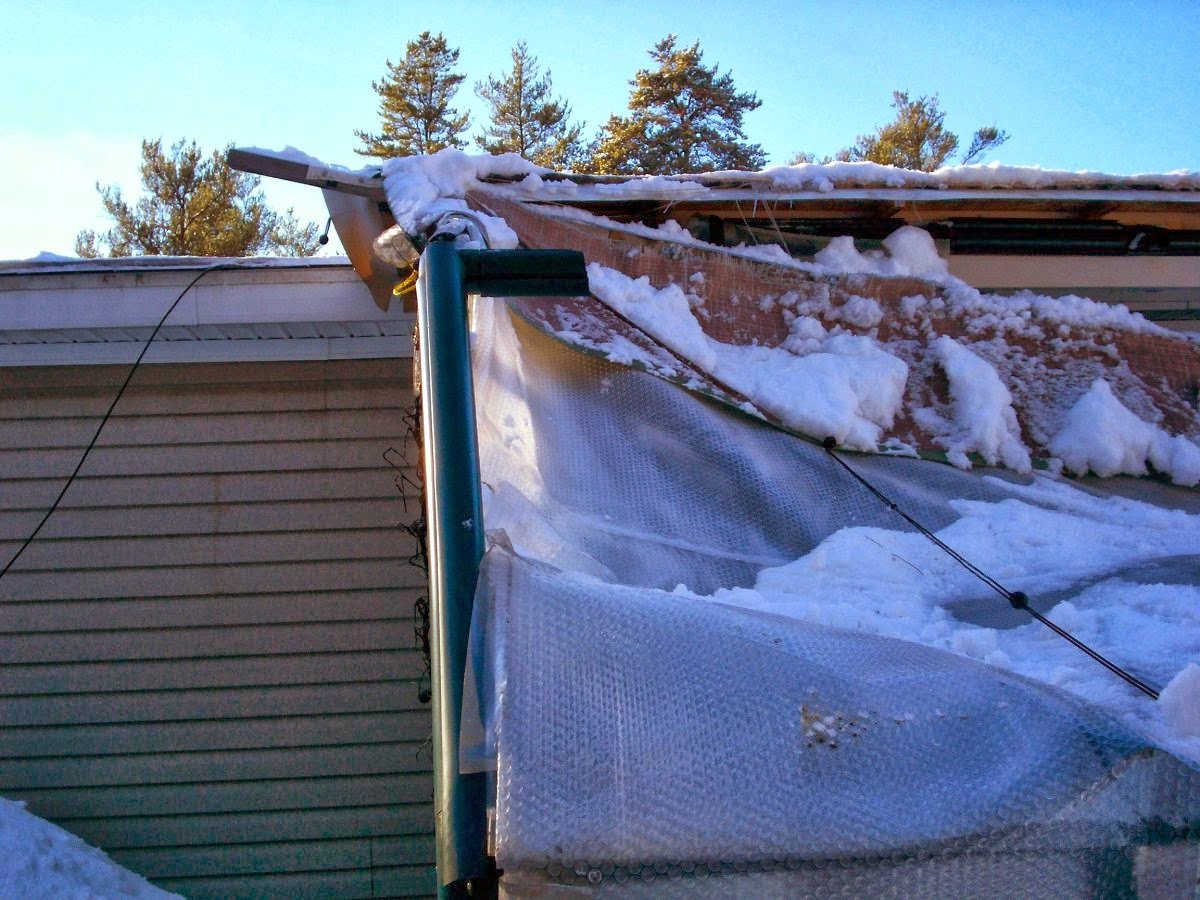 I can see why hers failed catastrophically, and my greenhouse has not.
The reasons: 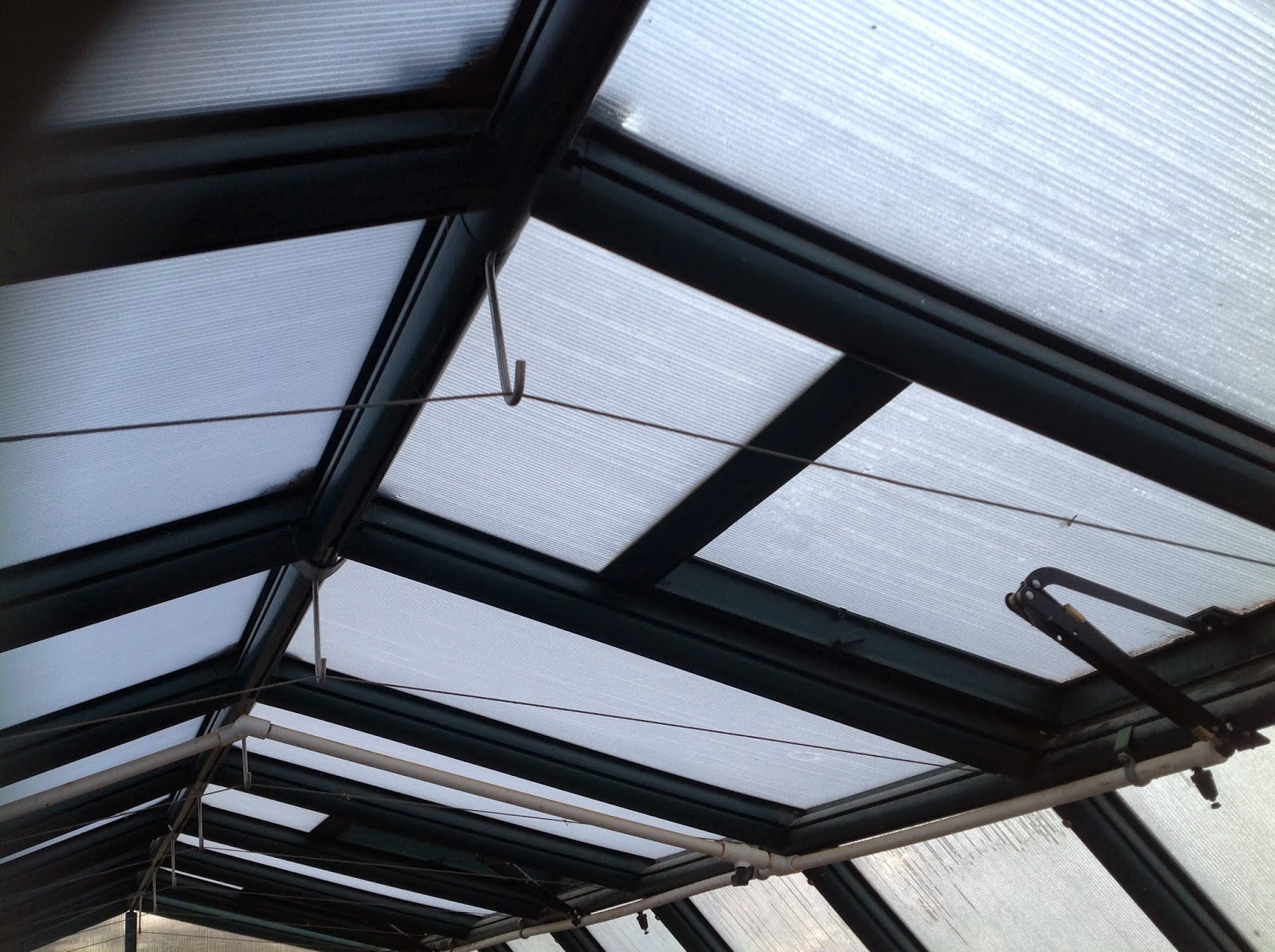 It appears that Rion made a classic engineering error, one of scaling.  They took a sound design, that if the greenhouse, and scaled it larger without considering the higher stresses on the scaled up sunroom. 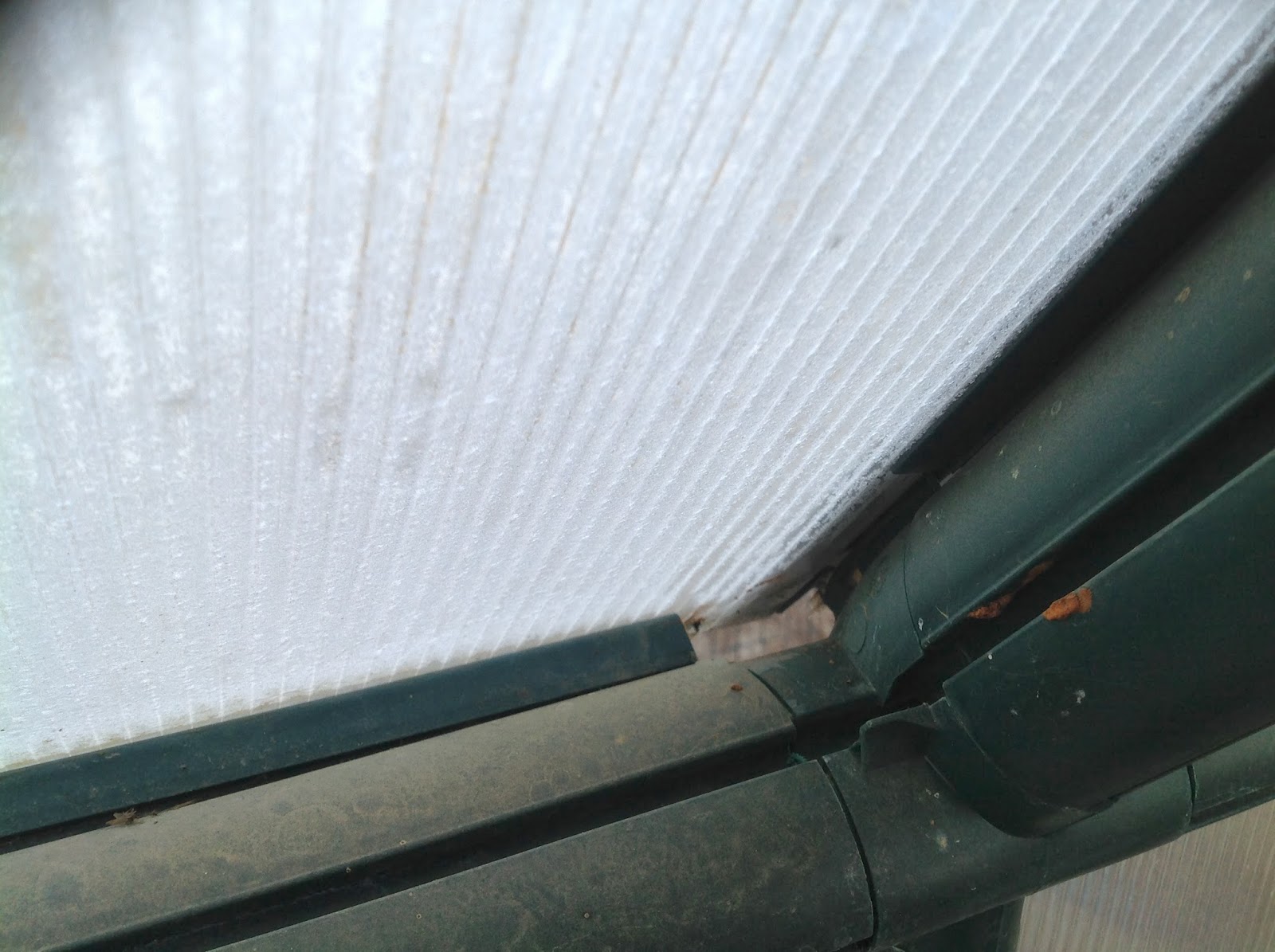 Finally, here are the unsightly openings at the bottom of the roof panels that Karen complained about. She is correct. This is unacceptable in a living space.  I filled my gaps with Great Stuff, which lasted a few years. I have to do it again.